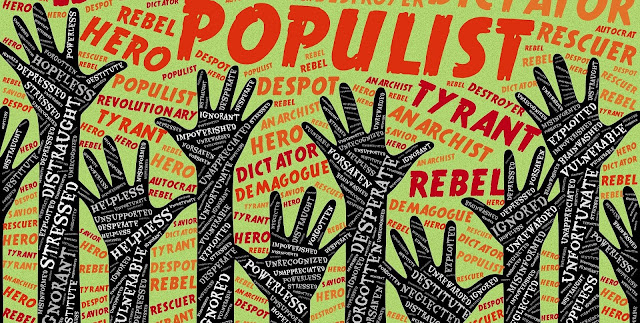 The call for papers is now open.

The word "populism" has enjoyed enormous success in the last two decades, and studies on populist movements and leaders have multiplied in the social sciences at an impressive rate. In spite of the term's success, there is no shared conception among scholars of "what" populism is, nor is there a common idea of what its constituent elements are. The difficulties in defining populism also arise from the genealogy of this concept and from the ways in which it was constructed in the last century. The roots of contemporary polysemy of the word are indeed the legacy of a rather complex historical course. Quite singularly, however, many scholars of populism seem unaware of this genealogy. Critical reflection on the genealogy of the contemporary concept of populism has not been adequately developed by specialized literature, and this absence contributes to consolidating an acritical use of the concept.

This panel intends to contribute to “mapping” the genealogies of the concept of populism and of those elements—stylistic, ideological, organizational—that we can recognize in contemporary populism.This panel also invites papers that contribute to enriching research on the genealogy of populism, in relation both to the construction and re-elaboration of the concept as well as to the rhetorical, ideological and organizational tools that characterize contemporary populist movements.In particular, this Special Issue invites papers focused on the following points:• The genealogy of the word "populism", with particular regard to the birth of the term in the United States of the nineteenth century;• The genealogy of "populism" in Russia, from the origins of the "Narodnichestvo" to the contemporary "populizm";• The use of the notion of "populism" in the social sciences of the twentieth century;• The meaning of the word "populism" in Latin America, from the 1950s to the present day (with reference also to economic policy programs);• The meaning of the word "populism" in Europe, from the beginning of the twentieth century until today;• The genealogy of the theories of "populism" (in particular in relation to the theories of Antonio Gramsci, Gino Germani, Margaret Canovan and Ernesto Laclau);• The connection between twentieth-century and contemporary populism and classical phenomena such as "demagogy", "oclocracy", "caesarism" and "boulangism";• The connection between the contemporary critique of populism and the classic images that depict the masses, the mob or the people as emotional, irrational, violent, etc.;• The connection between the contemporary concept of “populism” and classical theories on “totalitarianism” and “totalitarian democracy”;• The ideological and organizational links between the different generations of "populist" movements and leaders (especially in the USA, Europe and Latin America, but also in other examples of the “global populism”).Selected papers will be published in the review “Genealogy” (ISSN 2313-5778) – special issue “Genealogy of Populism” (section “Philosophical Genealogy”).

For info on the Conference, support and assistance to submit panel and paper proposals you can write to  convegno2021@sisp.it