Why Asia is better at beating the pandemic than Europe: the key lies in civility. By Byung-Chul Han The Japanese finance minister, Taro Aso, responds with one word when asked how Japan has dealt with the pandemic so much more successfully than the West: mindo – literally meaning “people’s standards.” A complex term, mindo is also used in Japan to indicate national superiority and can be translated as “cultural level.”

Aso’s comment has proved controversial even in Japan, and he has been criticized for propagating national chauvinism at a time when global solidarity is of prime importance. In response to his critics, Aso says the Japanese have been vigorously complying with strict hygiene measures, despite the fact that the government has never had any intention of imposing fines. He adds that, in other countries, people would be incapable of behaving like that, even if the measures were enforced.

It should be pointed out that other Asian countries such as China, South Korea, Taiwan, Singapore and Hong Kong have also managed to keep the pandemic under control. In fact, in Asia, there has been virtually no reinfection and current infection rates are so low they are of little consequence while Europe and the United States are being completely overwhelmed right now by the second wave of the virus.

It is precisely these Asian countries that demonstrate that the pandemic can be successfully dealt with, even in the absence of a vaccine. Meanwhile, Asians watch in astonishment at the helplessness of Europeans who appear to be at the mercy of the virus, and the impotence of Europe’s governments in combating the pandemic.

Given the striking contrast in infection rates, it is almost inevitable that we ask what Asia does that Europe does not. The fact that China has been able to successfully contain the pandemic is partly due to the rigorous surveillance – inconceivable in the West – that individuals are subject to. But South Korea and Japan are democracies. In these countries, digital totalitarianism such as exists in China is impossible. However, in Korea, the digital monitoring of contacts is relentless and is the responsibility of the police rather than the health authorities; contact tracing is done by applying the kind of methods used by forensic criminologists. 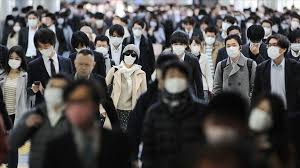 Regardless of each respective country’s political system, how can we explain the low infection rates in Asia?

Meanwhile, the Corona-App, which everyone without exception has voluntarily downloaded, is precise and reliable. When contact tracing is insufficient, credit card payments and images captured by the countless public surveillance cameras are also analyzed.

Is Asia’s successful containment of the pandemic due, then, to a rigorously enforced hygiene regime that relies on digital surveillance, as many in the West assume? Actually, it is not. As we know, transmission happens between close contacts and these can be specified by any infected person without the need for digital surveillance. We already know that for chains of infection to occur, it is not especially important who has been where and when – on which particular streets. So regardless of each respective country’s political system, how can we explain the low infection rates in Asia? What links China to Japan or South Korea? What do Taiwan, Hong Kong or Singapore do differently from European countries? While many virologists are speculating on the answers to these questions, the Japanese Nobel Laureate for Medicine, Shinya Yamanaka, speaks about an “X factor” that is difficult to define.

Obviously, the liberal West cannot impose surveillance on individuals the way the Chinese do. And that, of course, is as it should be. The virus must not undermine our freedom. However, it is also true that, in the West, as soon as it comes to social networks our concern for privacy rights go out the window. Everyone suddenly bares all. Digital platforms such as Google or Facebook have unrestricted access to the private sphere. Google reads and analyses emails without anyone complaining about it. China is not the only country that collects data from its citizens in order to control them and keep discipline. A person’s credit rating in China, for example, is based on the same algorithms as Western credit assessment systems, such as FICO in the US or Schufa in Germany. Looked at like this, panoptic surveillance is not an exclusively Chinese phenomenon. In light of the fact that we are already subject to digital surveillance, anonymous contact tracking via the Corona-App could be considered quite harmless. But digital contact tracing is unlikely to be the main reason Asians have been so successful in fighting the pandemic. 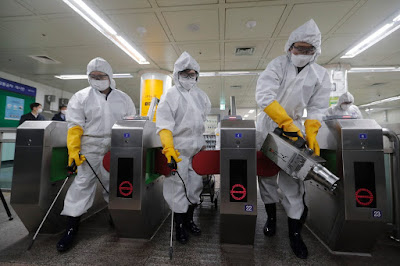 If we remove its unfortunate nationalistic overtone, the use of the word mindo by the Japanese finance minister does, however, highlight an indisputable truth – namely, the importance of civility, of collective action during a pandemic. When people voluntarily follow hygiene rules, there is no need for controls or enforced measures, which are so costly in terms of personnel and time.

The story goes that during the catastrophic floods of 1962, Helmut Schmidt, head of the Hamburg police department at the time, said: “During the crisis the character proves.” It seems that Europe is failing to show character in the face of this crisis. Rather, what Western liberalism is showing is weakness. Liberalism appears to be conducive to the decline of civility, evident in the fact that groups of adolescents are holding illegal parties in the midst of the pandemic, that police who try to break these parties up are harassed, spat at, or coughed on, and that people no longer trust the state. Paradoxically, Asian communities who voluntarily follow the hygiene guidelines, actually have more freedom. Neither Japan nor Korea has imposed a total lockdown. And the economic fallout is far less serious than in Europe. The paradox of the pandemic is that one ends up having more freedom if one voluntarily imposes restrictions on oneself. For example, those who reject the use of masks as an attack on freedom end up having less freedom.

Liberalism is not a particularly strong characteristic of Asian countries, which is why they are not especially understanding or tolerant of individual differences and why social imperatives carry so much weight. This is also the reason why I, a Korean by birth, prefer to continue living in Berlin, an infection hotspot, rather than Seoul, however virus-free the latter may be. But it should be stressed that the high rates of infection during the pandemic are not an inevitable consequence of a liberal lifestyle. Civility and responsibility are effective weapons against the virus in a liberal environment too. In other words, it is not true that liberalism necessarily leads to the vulgar individualism and selfishness that play into the hands of the virus.

New Zealand is a liberal country that has already beaten the pandemic for the second time. The success of New Zealanders is also linked to civil action. New Zealand’s Prime Minister, Jacinda Ardern, spoke passionately about “the team of five million.” Her heartfelt appeal to collective responsibility was well received by the population. In contrast, the American disaster can be explained by the fact that Trump, driven by pure selfishness and lust for power, has undermined civility and divided the country. His politics make it totally impossible to feel part of a collective “we.”

Not only are liberalism and civility not mutually exclusive, civility and responsibility are an essential prerequisite for the success of a liberal society. The more liberal a society is, the more civic-minded it needs to be. The pandemic teaches us what solidarity is. A liberal society needs a strong “us.” Otherwise it disintegrates into a collection of egos. And that is a scenario in which the virus can thrive. If we wanted to talk about an “X factor” – a medically inexplicable element that hinders the spread of the virus – here in the West too, it would be nothing other than civility, collective action and responsibility towards others.