US presidential election: last call for the liberal world order? by Valerio A. Bruno and Vittorio E. Parsi 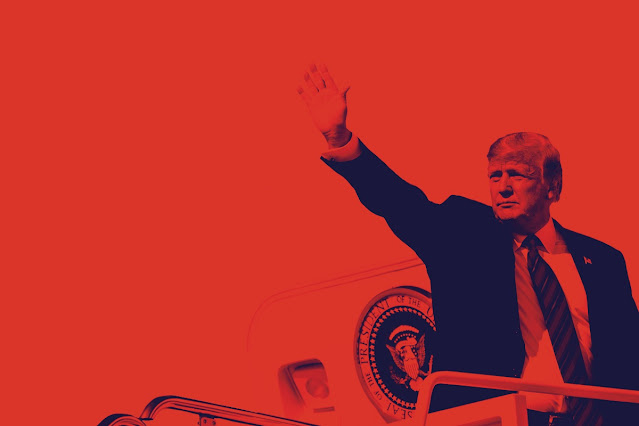 The pre-eminent theorist of liberal internationalism, from its origins to its prospects, G John Ikenberry, recently wrote that spring 2020 might well be considered by historians as the end of the ‘liberal world order’—the moment ‘when the United States and its allies, facing the gravest public health threat and economic catastrophe of the postwar era, could not even agree on a simple communiqué of common cause’. For Ikenberry, ‘the chaos of the coronavirus pandemic engulfing the world these days is only exposing and accelerating what was already happening for years. On public health, trade, human rights, and the environment, governments seem to have lost faith in the value of working together.’

May November 2020 then represent the last call for the liberal world order? In recent history, the elections of the president of the United States have represented decisive moments, not only for the country but for the dynamics of the international order tout court. Coming in the middle of a pandemic and counterposing two incompatible Weltanschauungen, the 2020 election may be of unprecedented decisiveness.

The liberal world order was built around a set of principles and institutions governing the international system in the aftermath of World War II. It was based on US leadership and operated through five core institutions: the United Nations, the International Monetary Fund, the World Bank, the World Trade Organization and the North Atlantic Treaty Organization.

For all its limits and weaknesses, during the cold war it granted economic development and security to a significant part of the world. ‘Free-market’ societies, conditioned by strong welfare policies, produced a long-term, if fragile, balance between economic competition and social cohesion.

The dynamic worked well until the 1980s. Thereafter, the foresight required to preserve such a fragile balance—based on postwar hindsight—gradually vanished. Liberal premises, such as equality of opportunity, and liberal promises, of a more equal, peaceful and wealthy world, became subverted by regressively ideological economics. A neoliberal world order has almost replaced the liberal one.

The world has been growing less ‘safe for democracy’—to paraphrase the title of Ikenberry’s latest book—and much ‘safer for autocracies’, with the power of the markets replacing free-market societies. And ‘stop the world, we want to get off’ is not an option, as Branko Milanovic recently affirmed, referring to social-democratic dreams of recreating the specific national conditions of the trente glorieuses.

From the abandonment of the World Health Organization in the middle of the pandemic to the recent Abraham accords between Israel, the United Arab Emirates and Bahrain, the US, under Donald Trump’s radical-populist presidency, has exchanged multilateralism for a chaotic, opportunistic unilateralism. The ‘mainstreaming’ of the radical right is an international phenomenon, with such nationalistic parties experiencing growing electoral support among the middle classes. Yet Trump and, in Europe, Matteo Salvini, Marine Le Pen and so on are not the only threat.

Neoliberal politics produced financial crises and rising economic inequality, fostered by an abstract ‘intellectual orthodoxy’, as argued among others by Joseph Stiglitz. For instance, it required developing countries to open up to international capital markets, even when this was detrimental to social order.

A new balance between states’ sovereignty and the co-ordinating action of international institutions is paramount, if the liberal world order is to be rescued. It is key to point to elements of convergence, different from the status quo and envisioning a general interest—greater than the sum of particular interests—to change non-cooperative behaviour. That’s if we want liberal democracies to escape the dilemma of standing between technocratic oligarchies and nationalist populisms.

Recently, one country has shown a proactive understanding of the real value of multilateralism, international co-operation and collective decision-making—Germany. Its Zivilmacht (civilian power) has often been presented internationally in geo-economic terms, in key business partnerships established with China or Russia. Yet Germany has never allowed business interests to undermine its regional and international commitments.

Consider its reaction to the poisoning of Alexei Navalny, the main political opponent of the Russian president, Vladimir Putin. Or how, when forced to act unilaterally during the 2015 ‘refugee crisis’, the chancellor, Angela Merkel, combined responsibility and long-term strategy, providing ‘leadership by example’ to reluctant European Union member states, even while heavily criticised at home. Or the €750 billion EU recovery fund, elaborated in recent months in close partnership with France.

These crises have made Merkel the most trusted leader worldwide—indeed she has held that spot in PEW research surveys since 2017, when Trump succeeded Barack Obama as president. Such trust has been reinforced during the pandemic, with Germany’s leadership considered most favourably—above the US, France, China, the United Kingdom and Russia—according to PEW’s most recent global-attitudes survey, conducted in 13 countries with more than 13,000 participants.

As we await the 2020 US presidential election, we should not forget that lesson: crises are unique occasions to rediscover the mistreated virtues of multilateralism and collective decision-making. The ‘crisisification’ of policy-making in the EU may have well provided a fertile habitat for the nourishing of populist, radical-right parties. And yet, when competent crisis management and bold vision are provided—as in Ursula von der Leyen’s State of the Union speech as European Commission president—crises can also represent moments of renaissance.